The new meeting point in Lund

When the City of Lund’s new branch library in Klostergården was on the drawing board, the library director Karin Bergendorff provided the planners with some useful guidelines to work with in order to realize her strong vision for the library outcome:


The new library was to become much more than “just” a library – tight cooperation and collaboration needed to be established with the local after school day care service. This new feeling of belonging together had to be clearly reflected in the interior design.
The new library was to become a pivotal meeting point in the centre of the neighbourhood.  The current facility had mainly been constructed during the boom of the 60’s and had become increasingly worn down and outdated looking, discouraging the residents from visiting.
The new library was to be inclusive and welcoming to all the citizens – school children, students, parents with their children, adults and the elderly.


“Meeting Point Klostergården” has now been open to the public for a month, and Karin can proudly confirm that her vision has become a reality. The different parts of the building are effectively united by a common interior theme where the colour scheme, choice of materials and furnishings tie everything together in a subtle and tasteful way.  The new building with its enormous windows facing the local square has almost magically transformed the previously intimidating environment into a living room for the neighbourhood, where people feel comfortable and at home.  It is particularly noticeable that new users have been attracted to use the library and Karin is delighted that parents with toddlers are much more frequent guests at the library.

“When it comes to the interior design, I am particularly happy with the long seat benches along the window wall facing the square, as they make the interior and exterior merge together really well. The furniture then draws you inwards with the tallest furniture towards the back of the room – really striking!  Central to the room is an amazing curved shelving unit. Despite being quite large, it is unobtrusive and creates corners and niches where the children spontaneously discover new books.”

A useful tip that Karin wants to share with librarians about to move, is to encourage their patrons to borrow as many books as possible before the move.  “Help us to move!” was her message to the local citizens, and the lending during the three months, that the library needed help, was at a record high.
“Our cooperation with Lammhults Biblioteksdesign and their help has been invaluable during the entire process – not least all the useful advice and good ideas from their interior designer Lykke Jørgin”, Karin says. 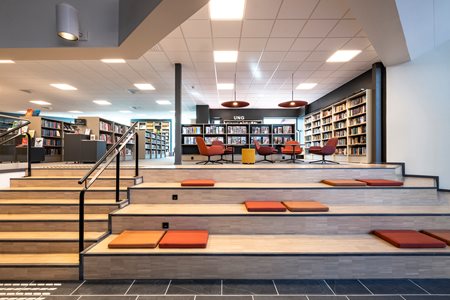 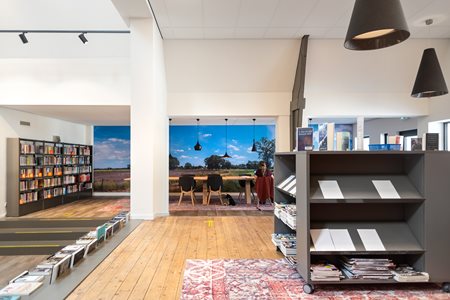 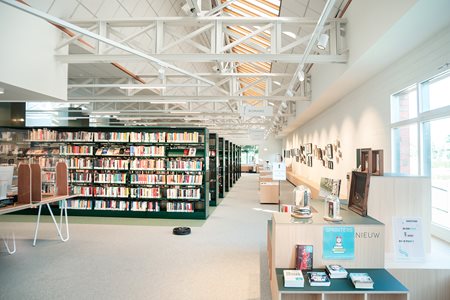 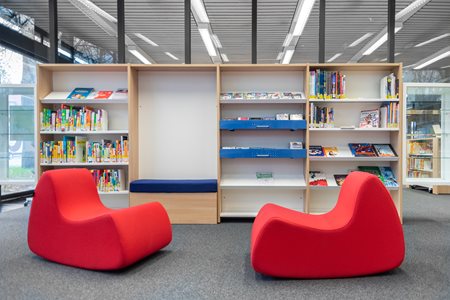 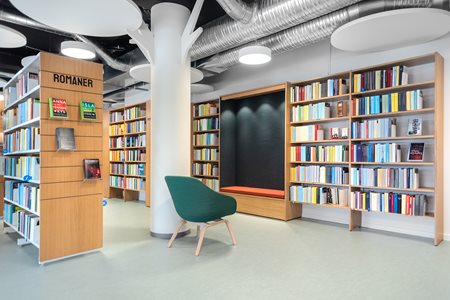 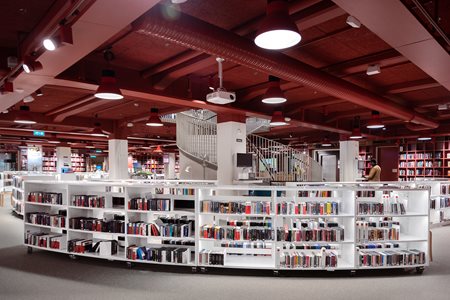 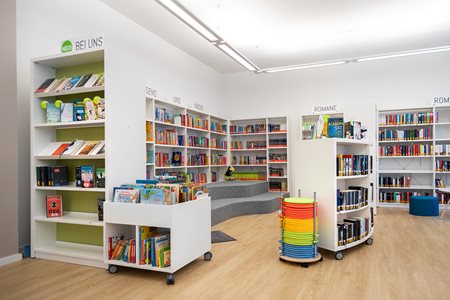 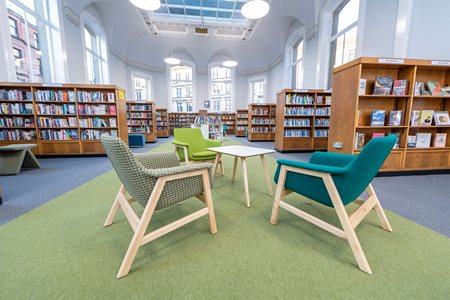 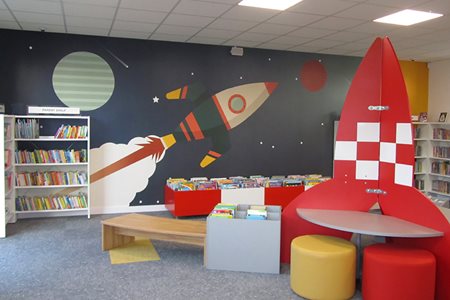 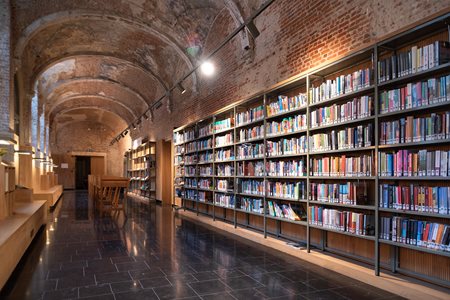 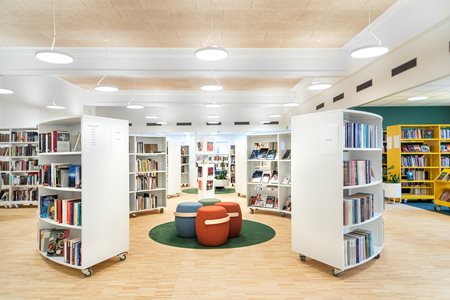 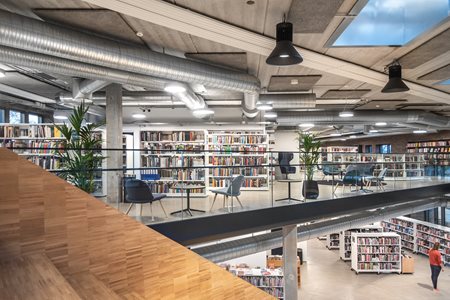 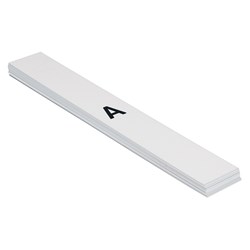 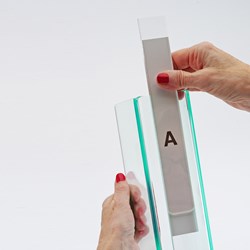 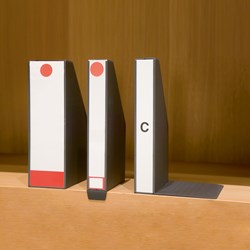 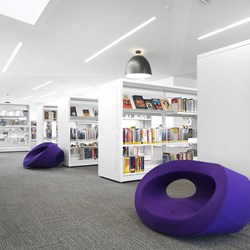 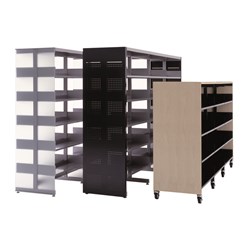 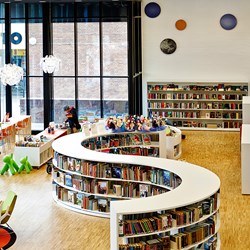 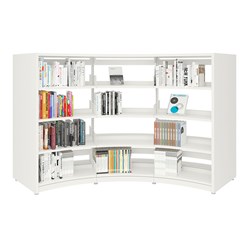 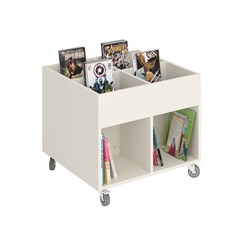 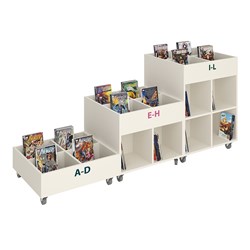 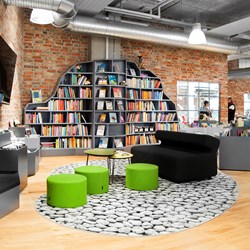