Ystad, situated on the Swedish south coast, is a market town with a mix of medieval and modern, urban environments. Henning Mankell; one of Sweden's most widely read authors, uses Ystad as location in his books and films about criminal inspector Kurt Wallander, making Ystad today not only a tourist town, but also a film location.

Ystad Public Library is the most visited cultural meeting place in Ystad. The building is designed by architect Claes B Persson and was opened in 1983, but has undergone a major renovation during 2016. The library has focused on making the new children's department attractive to the younger users; including the large shelving system in bright colours with integrated seating, that invites you to sit down and read, along with other seating and cozy areas, where children and young people can relax.

It has been important to focus on the environment during the whole process of the renovation; from reusing and upholstering old chairs to be used in the café to an environmentallly certified, wooden floor, that has been laid throughout the entire library.

All Frontline shelving systems are mounted with castors for flexibility and can be moved for lectures and cultural events. The Ordrup magazine display cabinet has a perfect spot in the library, its position making its content easily accessible, while Info pods with integrated LED light are placed near the entrance for information and help from the librarians. Book Tower on castors are used for freestanding display of audiobooks. 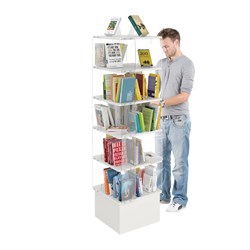 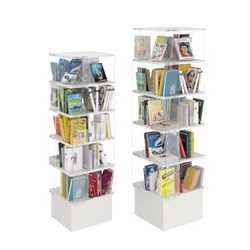 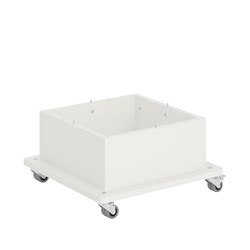 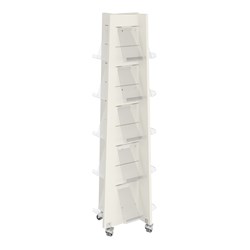 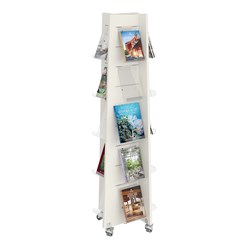 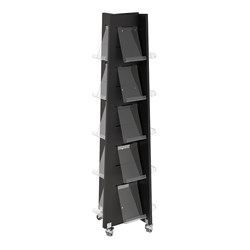 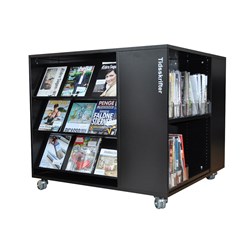 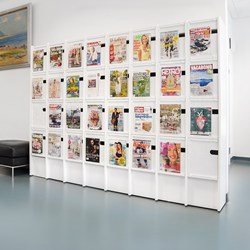 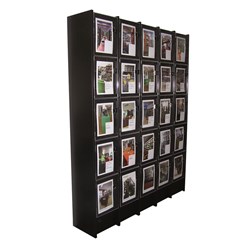 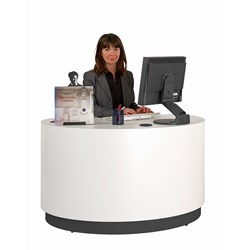 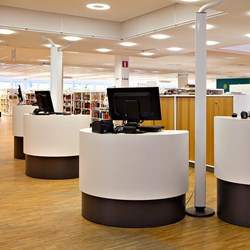 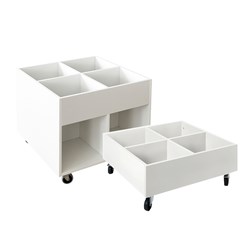 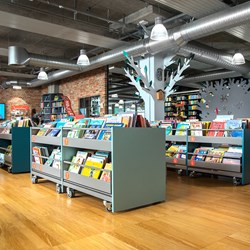 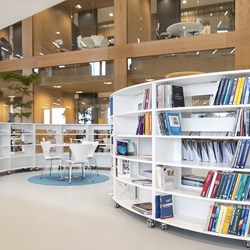 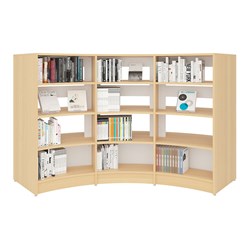 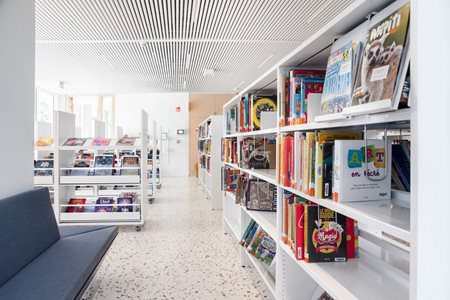 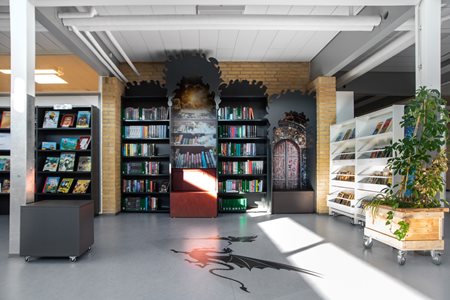 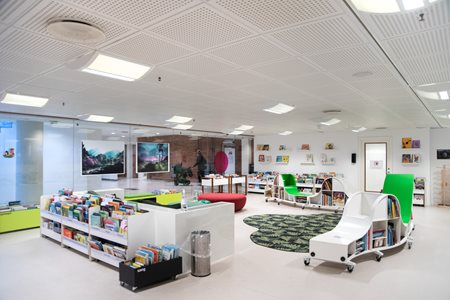 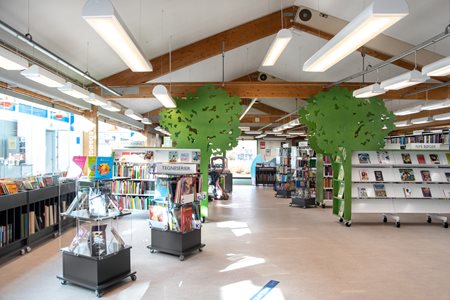 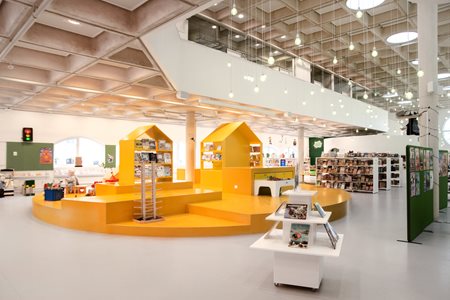 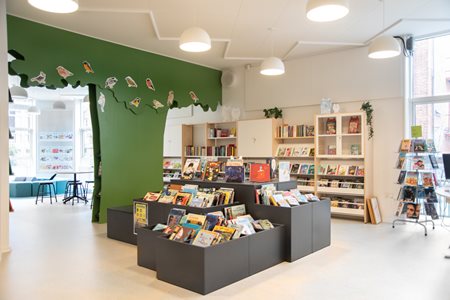 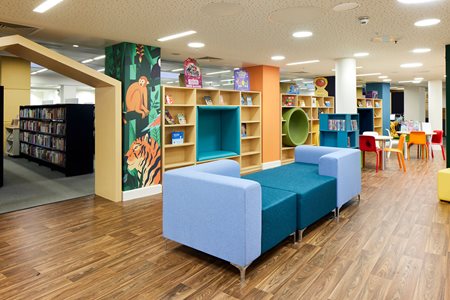 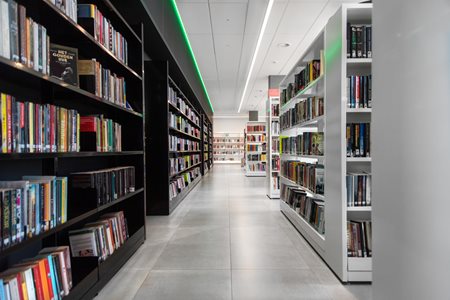 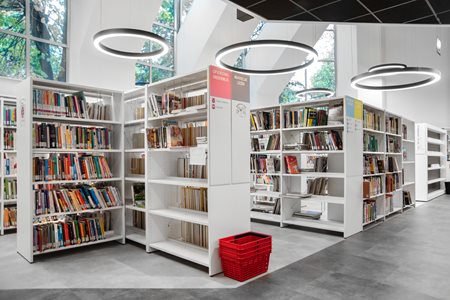 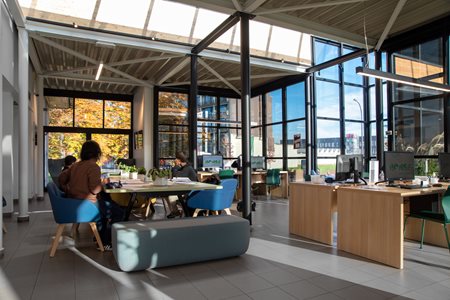 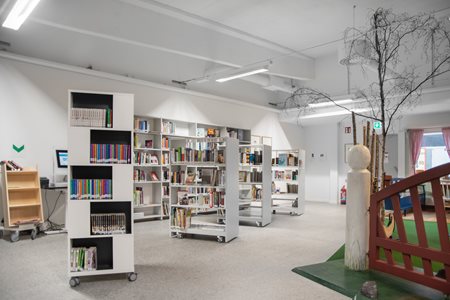 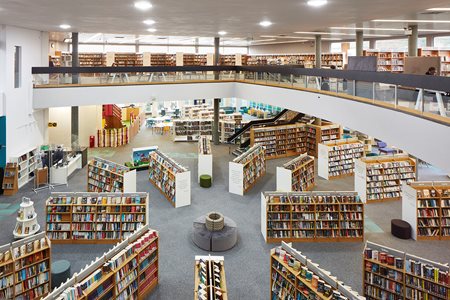 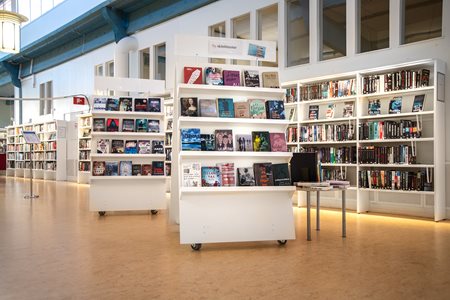 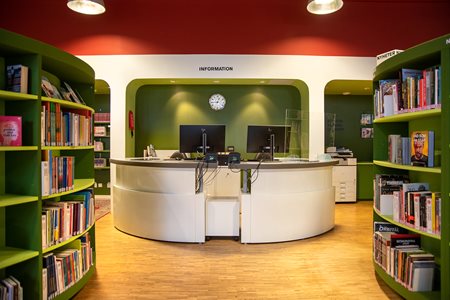 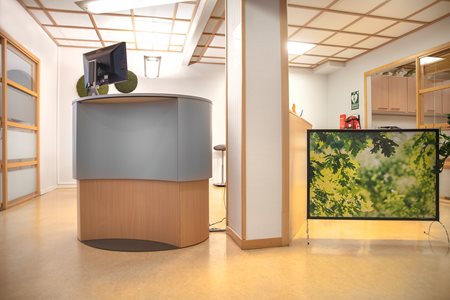